We saved Europe – The Battle near Ossów 1920

Ossów is a village near Warsaw. It is a crucial place for the Warsaw Battle. It is the area where Russian invasion Cushing into Europe was Stoppel. This bloody and heroic battle against Bolsheviks forced them to withdraw and stop the great offensive. Ossów was Just six kilometers from the border of the city of Warsaw and fifteen kilometers from its centre. According to Lenin’s koncept Warsaw was the first step on the way to conquer Berlin, Paris and the whole western Europe. After taking Warsaw the conquer of further European capitals was supposed to be a formality.

When the Republic of Poland was reestablished, the Regency Council proclaimed the independence of Poland on 7 of October 1918. Even in the first days of November 1918 there were various governments installed in the country. After 11 of November Poles have obeyed the government in Warsaw. Despite existing political dierences the internal disputes were put aside. The recovered independence had to be preserved above all. This became the common goal in 1920. When the Soviet Russia’s troops were heading towards Warsaw Poles stood behind their government believing in the right to their own property, tradition and faith. Representatives of intelligentsia together with workers, business or land owners, peasants and students stood up to fight in solidarity against the invading Bolsheviks. Peasant houses as well as noble residences were becoming the defenders’ strongholds. Every village was of great defensive value.

On 4 of July 1920 a great Soviet offensive was launched against Poland. It was impossible to stop the enemy near Wilno, near the rivers of Niemno or Bug. The severe situation on the front forced the commanders of the Polish Army to make the last eort and defend Warsaw. The brilliant but risky plan was to concentrate Polish forces nearthe Wieprz river and striking the not protected flank of Soviet army on the North. If the defense line of Radzymin, Ossów, Warsaw was broke Russians would take the capital city and the whole of Northern Poland. It would mean the end of independent Poland. That is why the battle near Ossów was so important. The basis for the plan of striking against the Soviets was the order given on 6 of August 1920 numbered 8358/III ordering to regroup and secure the defense on Vistula River with paralel orders to concentrate forces between Deblin and Lubartów. The defense of the shortes road to Warsaw was entrusted to I Army commanded by gen. Franciszek Latinik. The Eastern lines were to be protected by divisions concentrated on the outskirts of Warsaw: from Rynia alongside Rzadza river and then near Wołomin, Ossów, Lesniakowizna, Okuniew and Vistula river. This far reaching line of defense was to withstand the main attack of the aggressive Soviet Russia.

Russian offensive was launched on 13 of August 1920 involving two Russian regiments from 79th shooters brigade. In front of them stood three times smaller only two Polish battalions near Ossów. The Russians attacked in the area of Wołomin, Lesniakowizna and Ossów knowing that it was the gate leading to Warsaw. The heroic, young Polish soldiers were able to push back the attacks from the Ossów and Wołomin area. This was possible thanks to a few companies of volunteers and two armored trains Paderewski and Msciciel which impeded Russians to concentrate their forces.

The youngest are fighting for freedom

The troops fighting near Ossów were formed of young teenage volunteers – students and boy scouts. They were organised shortly before the Russians came. The young soldiers were not suciently trained In combat. They took up the fight. On 14 of August 1920 at 5:30 am two
companies of volunteers were overrun by the Soviets. Russians entered Ossów. That is when next soldiers were directed to battle. In the opinion of the historians, a miracle occurred. The 1st company of I battalion of the 236 Infantry Regiment pushed the enemy away. The young soldiers overcame their fear. They were determined, unbroken, they started to fight. Then came the time of the fight for Ossów, an uneven fight, similar to that of David and Goliath. The boys stood against three regiments of strong, resistant and confident Russians who were thinking they would enter Warsaw very soon.

Ignacy Skorupka – a charismatic priest working with the youth. He taught them patriotism and shaped their spiritual lives. In July of 1920, in face of the Soviet invasion of Poland, he was nominated chaplain of the army troops stationed in the district of Praga. His deep belief in the victory was based on the trust in God staying on Poles’ side and the protection of the Holy Mary Queen of Poland. He was assuring the young volunteer soldiers that the victory was close. He had a sense that the victory would come on Holy Mary’s holiday. He became a spiritual guide for Warsaw defenders. Together with Lt. Stanisław Matarewicz he left Warsaw district of Praga on 13 of August 1920 in order to stand against the Bolsheviks and to save Poland’s capital city. In the crucial moments of the Ossów battle he rushed to the attack together with young volunteers and got hit by enemy’s bullet. The news of his sacrifice spread through the whole country inspiring the Polish defenders of Europe. The battle of Ossów changed the faith of Warsaw campaign and the faith of the whole Europe.

According to one of the commanders and heroes of the Ossów fights Lt. Mieczysław Słowikowski the volunteers hearing the “GO!” command were taking courage and rushed to counterattack with bayonets in their hands, forcing the red army to retreat. The Lieutenant described those moments in his memoirs: “… I cannot picture the whole battle, it is a too di_cult task to describe all the examples of bravery and strength. In the fever of the fight nobody was thinking anything else than to stop the enemy and not let them into Warsaw! Around 5 p.m. the battalion went on to attack. This time our “Hurra!” was tremendous and filled the village. The enemy resistance was very weak, their machine guns went silent”. After many years he concluded: “The faith in our righteous cause in the 1920 and the assistance of the Holy Mary brought us a great victory. It is a sign for the young generation that to lose heart and to lose faith – is to be defeated. We shall resist it and bring Poland the salvation, freedom and full independence.”

In August 1920 the Russians were trying to get through to Warsaw. The Head of Polish Army Józef Piłsudski concentrated a great striking force near Wieprz river. The attack of the Poles came on the down of 16 of August and took the enemy by surprise. The attaca came at not protected lines of western front. From the very beginning the attack of the Polish troops was successful and on the first day Poles were able to destroy the Soviet army grouping near Lublin. On 17 of August Minsk Mazowiecki and Siedlce were taken back. On 18 of August Polish troops reached the line of Koden on Bug – Janów Podlaski – Drohiczyn – Stanisławów. The operational initiative was totally on the Polish side. The forces of gen. M. Tuchaczewski were withdrawing. On 19 of August Brest on Bug was recovered. In that time Polish 15th infantry division reached Wysokie Mazowieckie trying to block enemy’s withdrawal. On 25 of August the division of gen. Daniel Konarzewski from 3rd Cavalry Corps from Kolno finished the Warsaw Battle.
The victory near Ossów stopped the flood of bloody communism and the march of imperial Soviet Russia saving the independence of Poland, Europe and the Western world. In the 1000 years history of the Polish nation the victory of 1920 belongs to the same heritage as the victorious battles of Grunwald and Vienna. 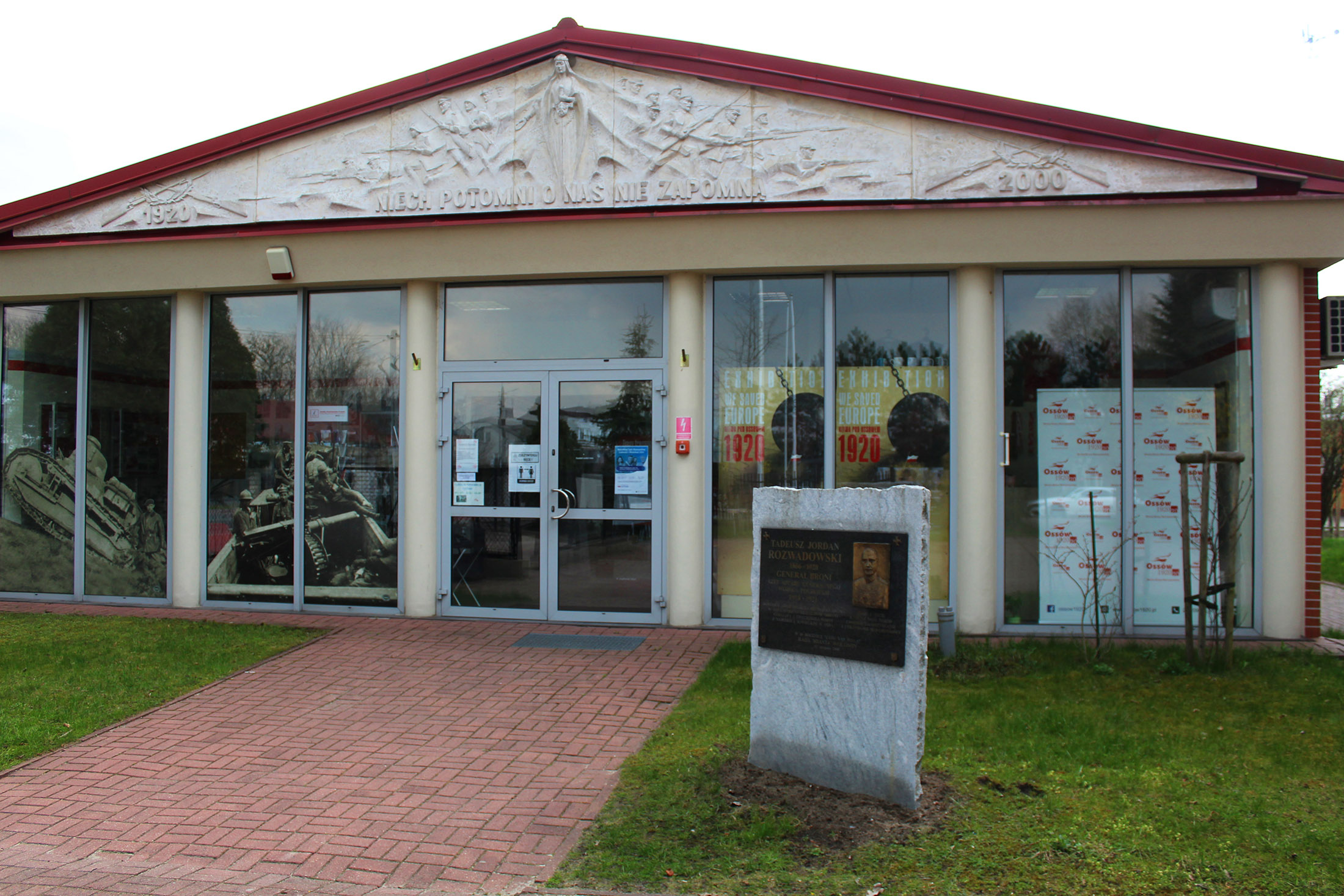 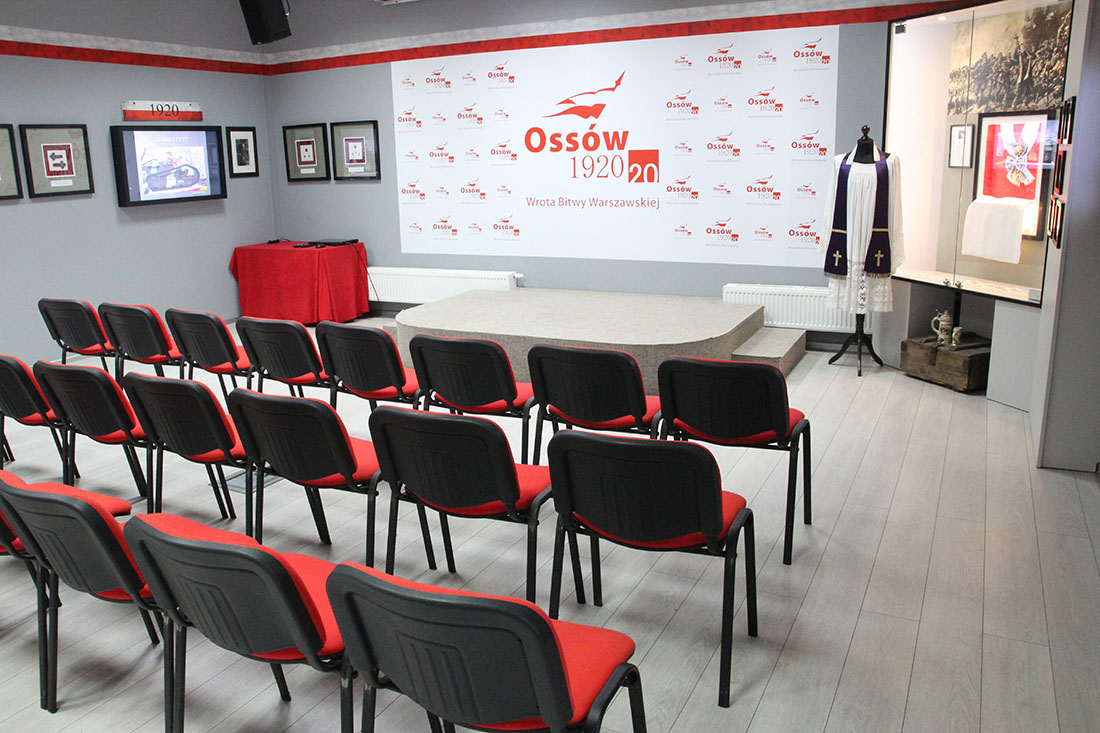 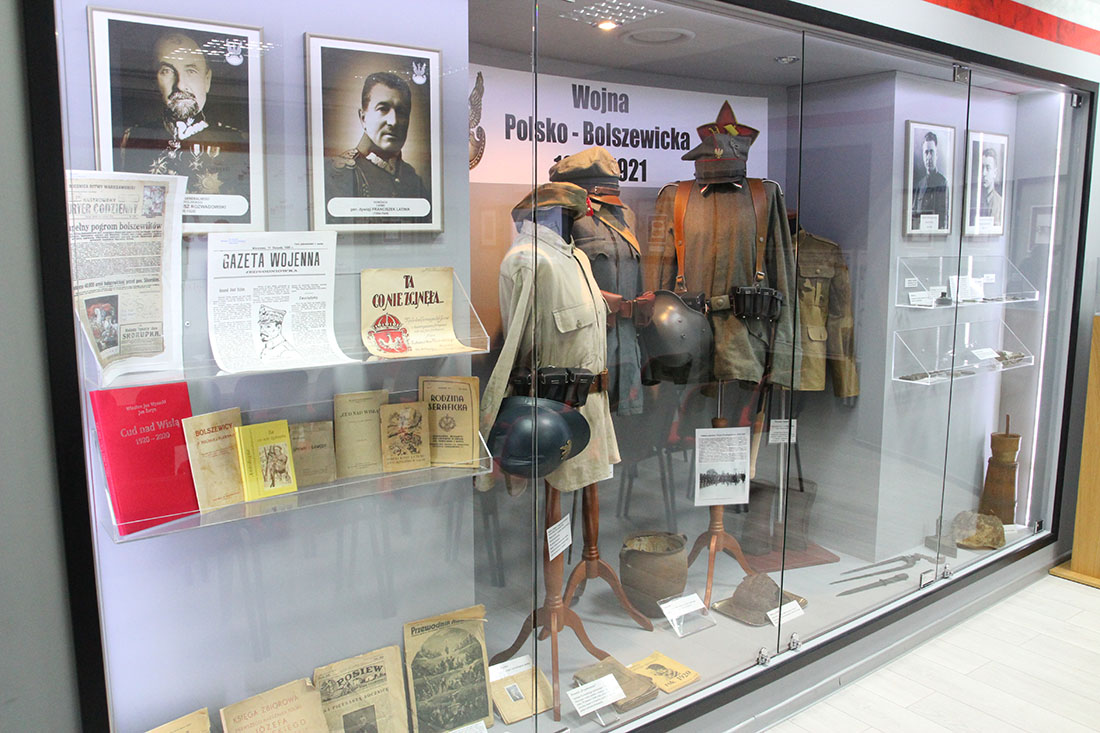 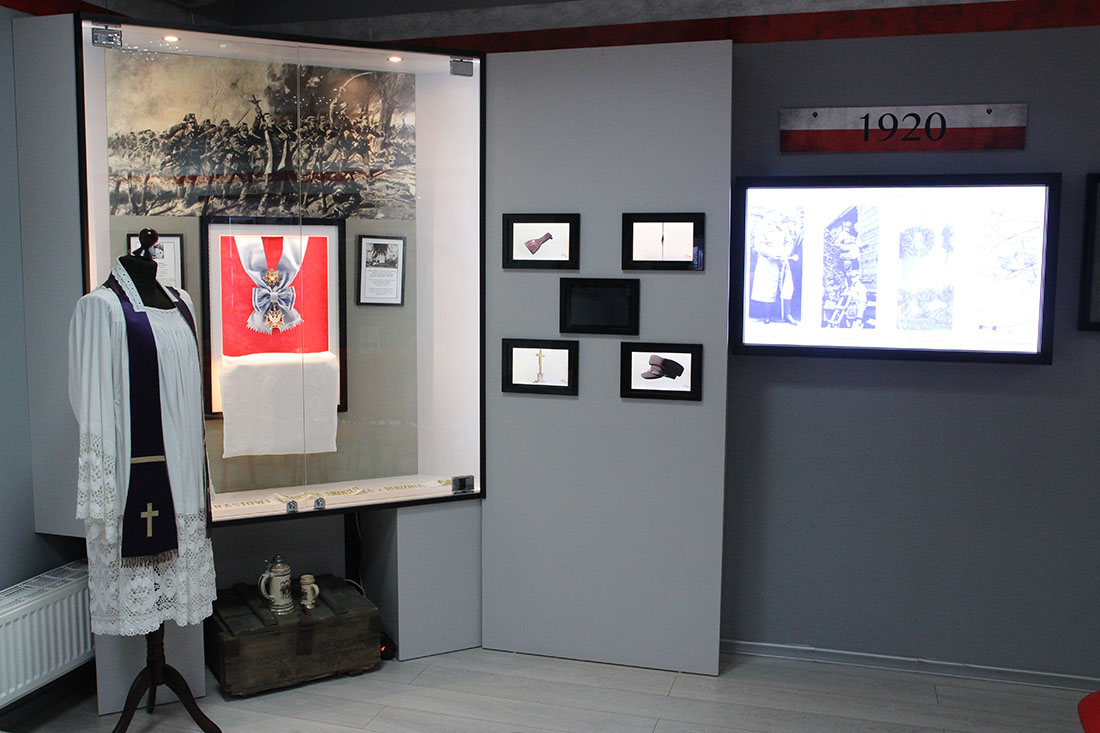 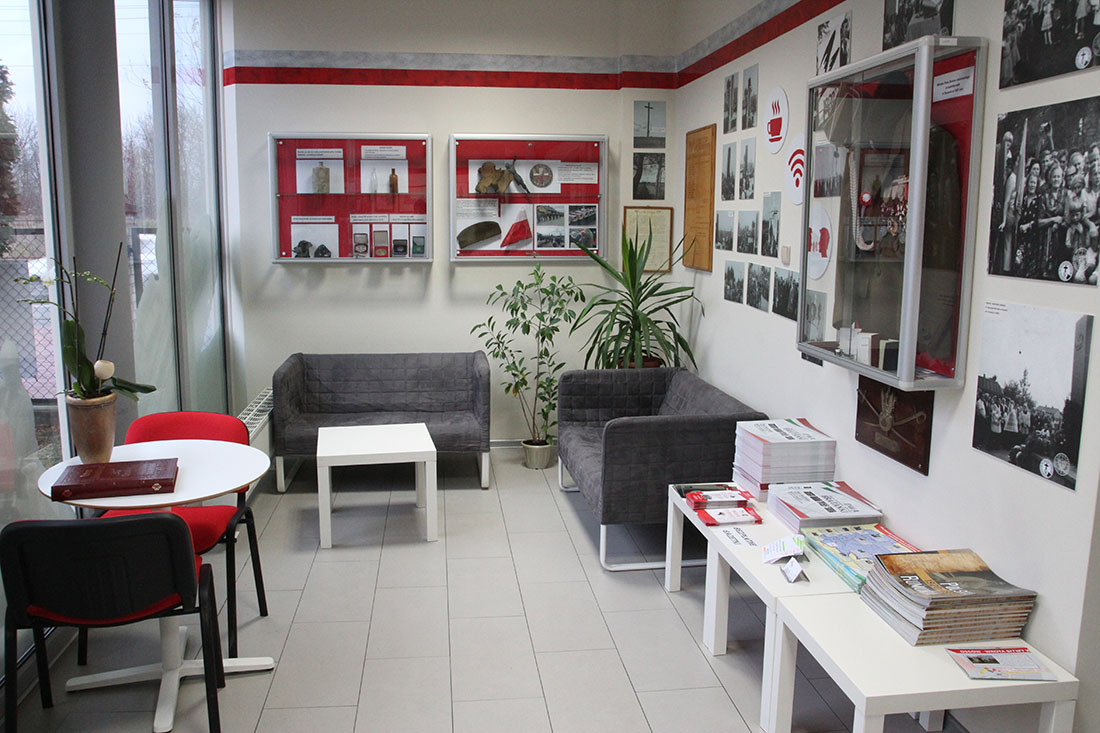 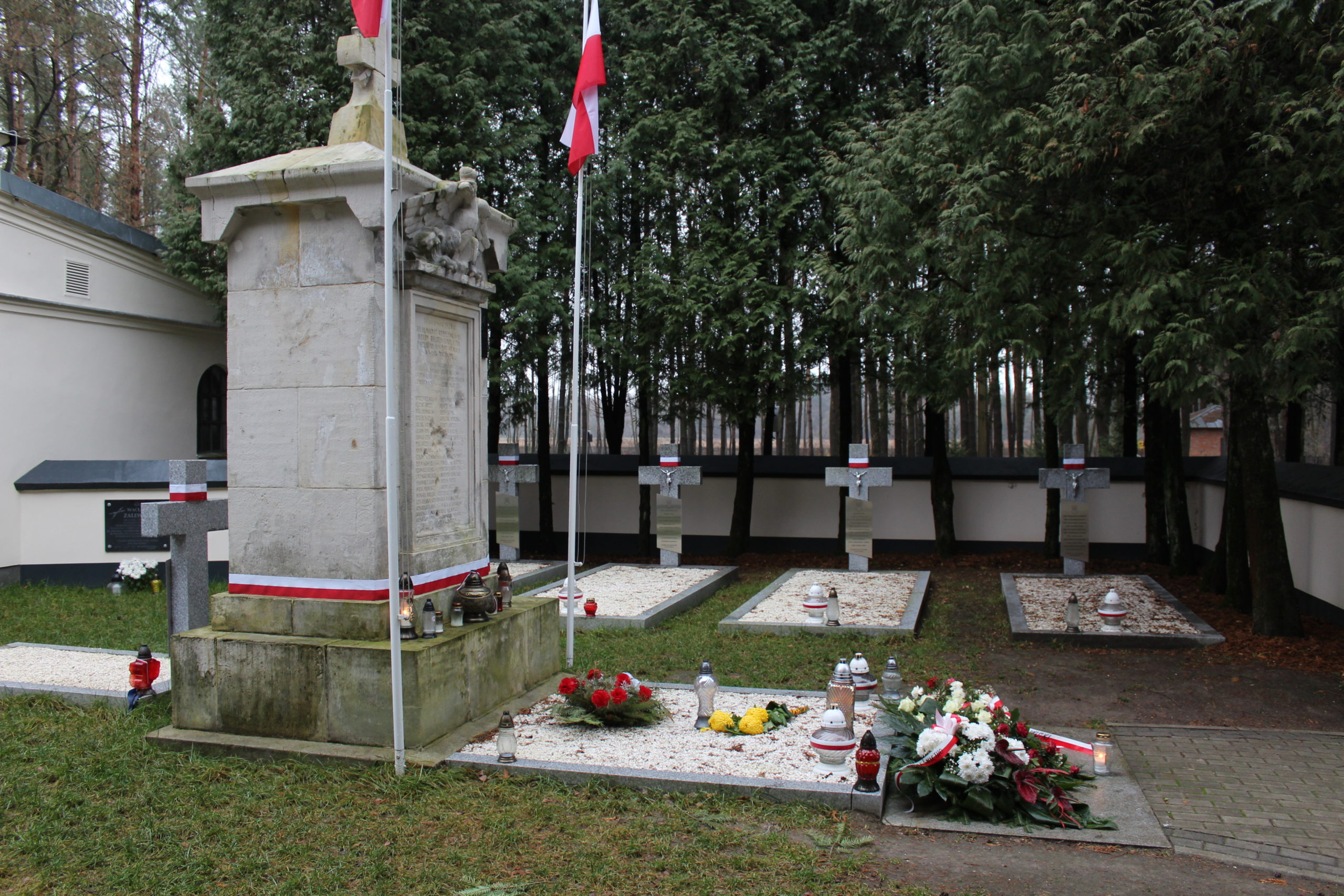